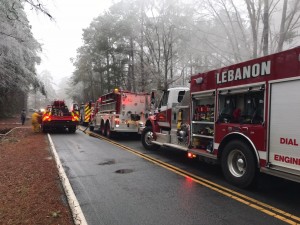 Fire officials say no one was hurt, and the Red Cross is helping the family affected by the fire.