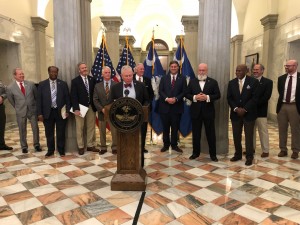 COLUMBIA, SC (WOLO)– Some state lawmakers are working to secure funds for some of the state’s natural beauty. Wednesday afternoon, Governor Henry McMaster and other members of the General Assembly spoke with the public in support of the South Carolina Conservation Enhancement Act.

The bill would make it so a portion of all taxes on sporting goods in the state be earmarked for lands either owned, leased or managed by the state. The funds are managed by the South Carolina Conservation Bank, which protects more than 329,000 acres of land statewide.