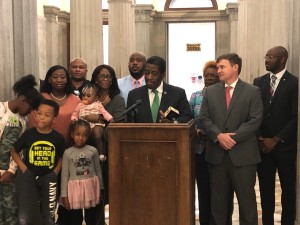 COLUMBIA, SC (WOLO)– A Midlands lawmaker is throwing his hat in the ring to lead South Carolina’s schools. This afternoon, Orangeburg Representative Jerry Govan announced he is running for state superintendent of education.

Govan is a retired educator who has also served in the house for the past 29 years and currently sits on the Education and Public Works Committee. Republican Kathy Maness is the only other candidate to announce a run for the office so far.