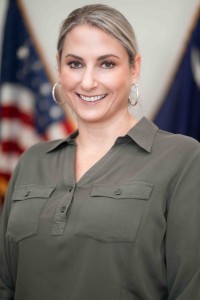 Governor Henry McMaster released a statement surrounding the confirmation of Eden Hendrick saying that in a short period of time, Hendrick has been able to make significant progress while working for the Department of Juvenile Justice (DJJ).

The Governor says Hendrick has been able to root out the main issues within the agency and act on them. According to the Governor’s office, Hendrick is hitting the ground running with a  primary focus on retaining employees, making needed improvements to the facility and increasing the mental health needs of the young people residing there.

“Although it is no small task, I have full faith that given time the agency will be able to flourish under her leadership and provide our youths at DJJ with every opportunity to succeed.”

While Hendrick was nominated by Governor McMaster back in September to replace former Director Freddie Pough who resigned, she was officially confirmed as Executive Director by the S.C. Senate Wednesday May 11, 2022.

Hendrick takes over the helm after having served as Assistant General Counsel at the S.C. Department of Administration, as a prosecutor in the Fifth Circuit Solicitor’s Office, specifically in matters heard in family court.  She was also a previous member of the Children’s Justice Task Force and the receiver of the 2016 Ernest F. Hollings Award for Excellence in State Prosecution in Family Court just to name a few of her many accomplishments.

Hendricks says she is grateful to have the chance to lead the agency in a permanent capacity, but is aware that changes are not going to happen overnight.

“Reforming DJJ will be a complicated and difficult process that will take time, but I am optimistic and inspired by the change  that has occurred in the past five months since I have been there and I’m confident this trend will continue.”

The news of Hendrick’s confirmation comes nearly a month after the U.S. Department of Justice accused the The South Carolina Department of Juvenile Justice of failing to properly protect youth from fights at the site, and forcing some youngsters to remain in isolation for days and in some cases weeks among other accusations.  The Agency has since announced plans to reform the detention center through a federal agreement.