MARION, S.C. (WPDE) — Police are investigating after a shooting in Marion left one man dead and a baby without an eye, according to Marion Police Chief Tony Flowers.

Shots were fired around 2:15 p.m. on Sunday at the Eastbrook Estates apartment complex.

One of the people shot was a 21-year-old man, who died early Monday morning. Police are still not sure if he was the target.

A one-year-old girl was hit by a stray bullet that came through the front door. Her father, Jay Ellison said she’s stable, but she lost her right eye in the shooting.

It was a typical Sunday afternoon for Ellison and his family. They were sitting in the living room watching TV when they heard gunshots.

“The bullet came through the door, hit her [his daughter] through the temple and came out her eye socket,” Ellison said.

The baby was rushed to a hospital in Charleston, her injuries left her without a right eye.

While Ellison said the little girl is doing well, he doesn’t understand why his daughter is paying the price for someone else’s problem.

“My daughter getting hurt is a prime example of why these young guys should be more considerate of the community because an innocent child got hurt and now my baby doesn’t have a right eye,” he said. 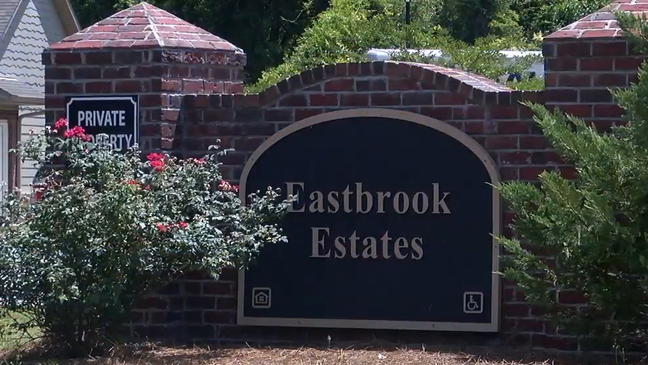 Marion Police Chief Tony Flowers said that more police aren’t the solution, because the people involved in shootings don’t care if there are police around or not. He said pop culture plays a role in that.

Flowers said they have several leads on the shooter and an accomplice, but they need the public’s help. He said that the biggest problem they’re having right now is getting people to share information. He said people might be afraid of retaliation, but anyone with information can remain anonymous.