Family of Gloria Satterfield creating foundation in her honor 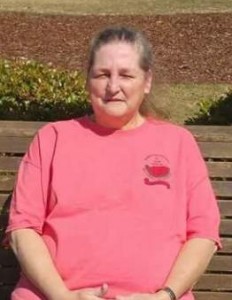 HAMPTON COUNTY, S.C. (WCIV) — Family members of Gloria Satterfield, Alex Murdaugh’s former housekeeper who died in 2018, will hold a press conference in Hampton County on Thursday to announce a new foundation in her honor that will give back to the community.

After a four-year saga, which included Satterfield’s death, accusations of money stolen by Murdaugh, and reopening the investigation into her passing, the Satterfield family’s lives have been turned upside down.

But now, loved ones say this foundation will try to start a new, “positive” chapter in their journey since Gloria’s death.

The family, as well and their attorneys, will donate a “large sum” of money to the foundation in her honor on Thursday. The money comes from the $4.3 million settlement in the civil lawsuit against Murdaugh.

The funds will go towards Christmas gifts for “hard working people who struggle just like Gloria did” in Hampton County, which is something attorneys for the family say was important to the family in when forming this foundation to try and rewrite her legacy.

“From day one, it was there. They said this, if it’s going to be in Gloria’s name, it has to be for people that are like Gloria,” attorney for the estate of Gloria Satterfield, Eric Bland, said. “Her siblings and her sons live in Hampton County. They love it and they love the people and I think what we’re trying to show is that good can come from evil, good can come from darkness. And that’s what this is all about.”

Bland says donations will be given out in $250 to $500 payments around the holiday season, and that 95 percent of the money raised or donated will go to the recipients as opposed to administrative costs.

This is all happening as the saga in connection to Satterfield’s death is still ongoing.

Satterfield allegedly tripped over a dog at the Murdaugh family estate and suffered a fall down stairs that led to fatal injuries. However, there are still many crucial details up in the air.

Eight months ago, the investigation into her death was reopened, but major developments have happened in just the last couple of weeks.

On May 31st, the family received a $4.3 million settlement in the civil lawsuit against Murdaugh for money allegedly taken from the family. But just five days later, SLED announced it would exhume Satterfield’s body to revisit some evidence in the investigation.

Going from a high of justice to a low of the memory of Satterfield being revisited is a roller coaster of emotions for the family.

But attorneys say they hope this foundation will try to put an end to the madness and bring some good into this situation.

“It’s been a yo-yo for them because, on the one hand, they feel like they’ve accomplished what they needed to accomplish in the civil litigation,” Bland explained. “And now that this exclamation has arisen where they’re going to exhume her body, they’re reliving it all over again. So, they just want to get on with their lives and they just want to get back to their world, and they felt that this Christian gesture was a way that they could do this.”

Bland said the foundation has been in the works since the moment the Satterfields received the settlement money.

While there is no name for the foundation released or reports on the amount of money expected to be donated yet, Bland says that will all be revealed at the press conference at 10 a.m. It’s happening at Sandy Run Baptist Church in Varnville.