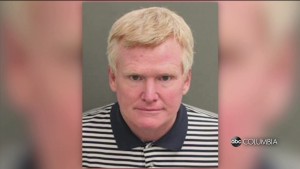 COLUMBIA, S.C. (WCIV) — The Supreme Court of South Carolina will hold a hearing on Wednesday to consider if Alex Murdaugh should be disbarred.

On Thursday, officials said Murdaugh will appear in front of the Supreme Court on June 22 “to present legal argument on the question of whether this Court should disbar Respondent from the practice of law.” That hearing is scheduled for 11 a.m.

This comes after a tumultuous year for the embattled attorney, whose law license was suspended on Sept. 8 following allegations that Murdaugh stole funds from his former employer, PMPED Law Firm.

He was arrested and charged with attempted insurance fraud and filing a false police report on Sept. 16 in connection to what was apparently a botched assisted suicide attempt that was reported as attempted murder. Officials say this was orchestrated in an effort to help his only living son, Buster, receive a $10 million life insurance settlement.

According to the South Carolina Supreme Court, Murdaugh has appeared at bond hearings where he admitted through counsel that he engineered the events that led to his arrest.

Since then, Murdaugh has found himself caught up in a slew of allegations alleging wrongdoing, as he faces 79 criminal charges related to fraud, theft and money laundering.

Officials said over the course of several months, Murdaugh “… was indicted and charged with over seventy criminal counts involving the theft of funds from various clients, including the Satterfield plaintiffs…”

The state Supreme Court referenced the lawsuit connected to death settlement money after Murdaugh’s former housekeeper, Gloria Satterfield, passed away following an apparent trip-and-fall accident in 2018 at the attorney’s home. In late May, a $4.3M confession of judgment was approved in which Murdaugh admitted Satterfield’s family members were owed the sum they had sought from him after her death.

In Thursday’s release, the state Supreme Court wrote, in part:

“… Based on these admissions, there is no factual dispute about whether Respondent engaged in dishonest conduct. Respondent’s admissions in the criminal proceedings that he engaged in conduct that violates the Rules of Professional Conduct satisfies ODC’s burden of proving that same misconduct in connection with the pending disciplinary proceedings. Thus, an evidentiary hearing before the Commission is unnecessary for disposition of the pending discipline, as the only remaining issue to be decided is the legal question of determining the appropriate sanction, a matter left to the discretion of this Court under the Constitution.

In this unique case, Respondent’s admissions in the public record lead to only one conclusion—that Respondent’s egregious ethical misconduct subjects him to the most significant sanction available—disbarment. Accordingly, we find there is no need to expend additional resources to proceed through the normal disciplinary process. Instead, this Court may act under the Court’s constitutional authority to regulate the practice of law in South Carolina and may remove an unfit lawyer from the practice of law to ensure the public, and the administration of justice, are protected…”