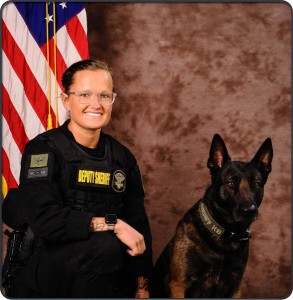 Richland Co., S.C. (WOLO)– Richland Co. Sheriff Leon Lott says a deputy was injured after she was hit by a 17 year old driving a stolen car.

Lott says on Tuesday SRT Operator Sarah Merriman and another deputy stopped a car that had been reported stolen on Two Notch Rd.
During the stop, Lott says the driver put the car in reverse pinning SRT Operator Merriman against her patrol car, he then hit another department vehicle.
According to the sheriff, the driver was ultimately removed from the stolen car and placed under arrest.
Sheriff Lott says Jamon Cheatham, 17, is charged with Attempted Murder, Failure to Stop for Blue Lights & Siren Resulting in Great Bodily Injury, Hit & Run Resulting in Great Bodily Injury, and Possession of a Stolen Vehicle.
“This is the second time in a week where someone has intentionally tried to hurt or kill one of our deputies,” Sheriff Lott said.  “At 17 years old, Cheatham didn’t care if he killed a deputy, his only goal was to get away by any means necessary.”
Watch surveillance footage of the incident here.
Categories: Local News, News, Richland
Share