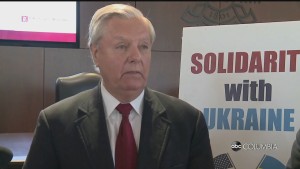 Fulton Co., GA (CNN)–Senator Lindsey Graham is still fighting his subpoena from Fulton County, Georgia.
In a court filing Wednesday, Graham says he shouldn’t be questioned about the calls he made to Georgia election officials regarding the 2020 election.
The Fulton County District Attorney’s Office is investigating alleged plots that attempted to overturn election results.
A lawyer for Graham says the calls he made to officials, were part of the senator’s duties and are protected by the constitution. a US district judge previously dismissed Graham’s attempts to quash the subpoena.