Washington lawyer behind investigation of ‘Whitewater’ scandal dies at 76 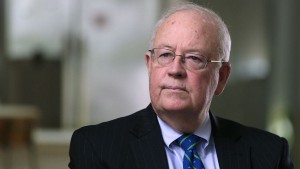 (ABC News) –Kenneth Starr, the polarizing former independent counsel who led a highly publicized investigation of then-President Bill Clinton, has died at the age of 76, according to his family.

He died at Baylor St. Luke’s Medical Center in Houston of complications from surgery, his family said.

The high-powered Washington lawyer, who also served as U.S. solicitor general and a federal judge during a decades long career in government, played a pivotal role in the investigation of the so-called Whitewater scandal that engulfed the Clinton administration in the mid-1990s and eventually led to the first impeachment of a president in more than a century.

Starr’s self-titled report on the probe included salacious details about Clinton’s relationship with Monica Lewinsky, a White House intern, and accused the then-president of lying about his affair during a deposition — cementing Starr’s legacy as one of the most significant and controversial legal figures in American history.

“Half the country loved him. The other half loathed him,” Ken Gormley, the author of “The Death of American Virtue,” about the struggle between Starr and Clinton, recently told The New York Times.

Raised in small-town East Texas, Starr was described as a “chubby little fellow” and straight-A student in one Washington Post profile from 1998. Starr earned a law degree from Duke University before clerking for U.S. Supreme Court Chief Justice Warren Burger in the mid-1970s. After a stint in private practice, Starr joined the Justice Department at the beginning of the Reagan administration.

President Ronald Reagan appointed Starr to the U.S. Circuit Court of Appeals in 1983 and he remained on the bench until 1989, when President George H.W. Bush appointed him U.S. solicitor general.

By the early 1990s, Starr was considered a rising star in the Republican Party. His name was floated as a prospective replacement for retiring Supreme Court Justice William Brennan in 1990. Starr also briefly flirted with a run for U.S. Senate in Virginia.

In 1994, however, Starr agreed to inherit a fledgling investigation into real estate investments made by the newly minted president and his wife, Hillary Rodham Clinton, in Arkansas, where President Clinton had previously been governor.

Under the existing independent counsel statute, Starr was granted sweeping powers to investigate the Clintons and their associates, both in and out of government. Starr’s growing investigation eventually uncovered details of a White House affair Clinton had with Lewinsky.

The lewd nature of the Lewinsky affair, Starr’s ubiquitous interactions with the press, and Clinton’s own efforts to obscure his actions made global headlines on a near-daily basis in the late 1990s. The media coverage of the scandal made Starr a household name.

Starr’s findings ultimately led to the impeachment of Clinton in the House of Representatives. Clinton was later acquitted in the Senate.

Beyond the political implications and damage to Clinton’s reputation, the probe forever changed the public perception of Starr — and also of Lewinsky. The two never met in person during the investigation. But 20 years after its conclusion, Lewinsky recently recounted, the two met in person, by accident, at a New York City restaurant.

“I found myself shaking his hand even as I struggled to decipher the warmth he evinced,” Lewinsky wrote in Vanity Fair in 2018. “This was the man who had turned my 24-year-old life into a living hell.”

For his part, former President Clinton has since called Starr’s investigative methods an “abuse of power” that “crushed innocents.”

After his investigation concluded, Starr returned to private practice and took on a series of roles in academia. In 2004, he became dean of Pepperdine Law School. In 2010, Starr took over as president of Baylor University in his native Texas and, in 2013, became the school’s chancellor as well. Starr resigned in 2016 over accusations that he mishandled sexual assault complaints among students during his tenure.

Starr reentered the political fray in 2020 when he agreed to join outgoing President Donald Trump’s legal defense team for his second impeachment trial in Congress. At the Senate trial, Starr spoke on Trump’s behalf — invoking his own role in the Clinton impeachment trial more than two decades earlier. Trump was ultimately acquitted.