A Newberry Co. man is arrested after search warrant leads to discovery of drugs, guns 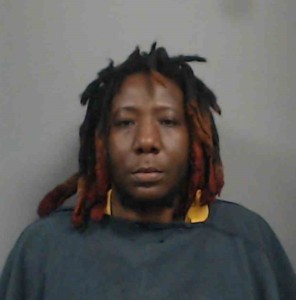 Newberry Co., SC (WOLO) — The Newberry County Sheriff’s Office has arrested 38 year old Leonardo Jamal Wimphrie on a slew of drug and gun charges. According to the Sheriff’s Office, Friday their Investigation Unit along with the Critical Incident Response Team served a search warrant on a Pope Street home where officials say they uncovered a large quantity of illegal narcotics and various guns.

Newberry officials say three people in the home at the time of the search were held until authorities had a chance to thoroughly search the home. During that search Deputies say they discovered around 35 pounds of marijuana around that was placed in vacuum sealed bags and stacked inside of a suitcase that had been placed in the attic of the home. Officials say that was just the beginning of what they ultimately found. Deputies say during their search they located an air return vent trafficking weight of Crack Cocaine, Cocaine, Heroin and Methamphetamine.

Authorities say they first honed in on the home after three teenagers admitted taking pills from a person living in the home. According to deputies, one of the youngsters who took the pills became so sick they had to seek medical attention.

Sheriff Lee Foster says there are concerns that some of these narcotics may have been consumed by school aged children, and says they will continue investigating to find out if that is in fact the case. Sheriff Foster says the suspect accused in this case, has been in trouble with the law before on similar charges.

“This is not Wimphrie’s first rodeo,”… “This is at least his third offense trafficking poison to people, many of which are teenagers.” “We have done our jobs, now it is up to the court system.” “Wimphrie is not allowed to possess or be in the proximity of weapons. More charges may follow as that investigation proceeds.”

Authorities say the two additional people inside the home at the time of the search were release at the scene.

If you have any information that could help deputies as they continue their investigation you are asked to contact the Newberry County Sheriff’s Office at (803) 321-2222 or contact Crime stoppers at 888-CRIMESC or you can use the Crime stoppers app.