Attorneys representing Alexander Murdaugh filed a motion today asking the Court to exclude a false testimony they claim was contradicted by evidence destroyed by the state. 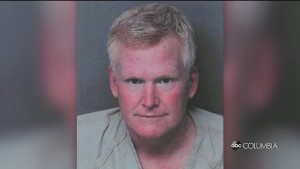 COLUMBIA, S.C. (WOLO)— Attorneys representing Alexander Murdaugh filed a motion today asking the Court to exclude, what they call, a false testimony that was contradicted by evidence destroyed by the state.

In the motion, the attorneys say that a shirt worn by Murdaugh the night of his son and wife’s murder allegedly showing high-velocity impact spatter was destroyed by the state.

The presence of the forensic evidence was said to “have only come from one thing,” according to Tom Bevel, a retired Oklahoma City police officer with no scientific credentials, say Murdaugh’s attorneys. The motion says sources told a news outlet that the shirt’s spatter was analyzed and confirmed by forensic experts.

The motion states, according to those sources, the spatter was said to prove the defendant was near one of the bodies at the time of the murders.

According to the motion, the SC Law Enforcement Division (SLED)’s blood test results were negative for human blood in the areas of the shirt where Mr. Bevel says blood spatter is present.

In the motion, the attorneys say Mr Bevel’s first report to the State said the shirt contained no back spatter stains consistent with a gunshot, but that he changed his opinion entirely for no reason after an in-person visit from the lead SLED investigator on the case.

The defense nor Mr. Bevel have been able to perform any tests on the shirt because it was destroyed by the State, according to attorneys.

The Attorney General’s office responding, saying they will file a reply with the Court next week.

Actor Will Smith speaks out about slapping comedian Chris Rock

WINTER PREPAREDNESS WEEK: What you need to know before a storm