The ‘Who is Jill Scott’ tour comes to Township Auditorium 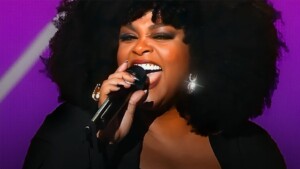 Columbia, SC (WOLO) — American singer, songwriter, poet and actress Jill Scott is making her way to the Capital City. The soulful sounds are expected to bring out fans who have followed the singer since her first album ‘Who is Jill Scott?: Words and Songs Volume 1’ that was released back in 2000. The visit promises to bring longtime fans back down memory lane with old tunes while  introducing them to new ones.

The sultry singer, known to mix spoken word, and various genres of music ranging from hip hop, and R&B ballads to Jazz and Opera, is making a stop in Columbia, South Carolina March 4, 2023 as a part of her ‘Who is Jill Scott?’ Words and Sounds Volume 1 23rd Anniversary Tour. Highlighting the Philadelphia natives debut album that put her on the map after going platinum shortly after its release.

Scott will hit the stage for a 7 p.m. performance at the Township Auditorium, (1703 Taylor Street, Columbia, SC 29201). Tickets will range anywhere from $60 to $125 dollars per person,  and begin going on sale Friday December 9, 2022 starting at 10 a.m. Keep in mind, the venue says the price of tickets are subject to change and those hoping to attend will not be able to buy anymore than 4 tickets at a time.