By Sam Sweeney and Jon Haworth 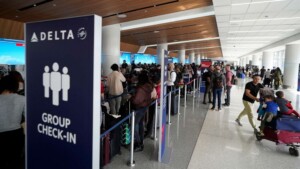 UNITED STATES (ABC News/WOLO) – The FAA said normal operations were “resuming gradually” after ordering a nationwide pause on all domestic departures until 9 a.m. on Wednesday morning following a computer failure that has impacted flights around the country.

“The ground stop has been lifted,” officials said at about 8:50 a.m. ET. “We continue to look into the cause of the initial problem.”

In South Carolina, the Columbia Metropolitan Airport says flights have been delayed and the FAA is working to restore their systems by 9:30.

🚨FAA OUTAGE UPDATE: Due to the nationwide Federal Aviation Administration (FAA) outage, there have been flights delayed from departing out of CAE. The latest info. from @FAANews is their systems will be restored by 9:30 a.m. Stay tuned for more…

“The FAA is still working to fully restore the Notice to Air Missions system following an outage,” said the FAA announcing the temporary grounding of all planes nationwide. “The FAA has ordered airlines to pause all domestic departures until 9 a.m. Eastern Time to allow the agency to validate the integrity of flight and safety information.”

The affected system is responsible for sending out flight hazards and real time restrictions to pilots known as NOTAM (Notice to Air Missions).

A senior official briefed on the FAA computer problems tells ABC News the software issue developed late last night and led to a “cascading” series of IT failures culminating in this morning’s disruption. As has been reported, the disruption is confined to the commercial side of aviation.

Engineers are feverishly working to fix the problems and, separately, identify precisely what happened. As of now, the assessment is the failures are the result of a “glitch” and not something intentional. All possibilities are being looked at to ensure that the FAA systems were not breached.

Notably, the FAA system that failed is overdue for replacement.

The official compared the current outage to the crisis that crippled Southwest Airlines during the holidays: antiquated software overdue for replacement inside a critical IT network. If one thing goes down, the system can become paralyzed.

White House Press Secretary Karine Jean-Pierre confirmed in a tweet that President Joe Biden has been briefed and said “there is no evidence of a cyberattack at this point.”

The President has been briefed by the Secretary of Transportation this morning on the FAA system outage. There is no evidence of a cyberattack at this point, but the President directed DOT to conduct a full investigation into the causes. The FAA will provide regular updates.

“I just spoke with [Transportation Secretary Pete] Buttigieg,” President Joe Biden said addressing the media on the South Lawn of the White House. “They don’t know what the cause is. But I was on the phone with him about 10 minutes. I told him report directly to me when they find out. Aircrafts can still land safely, just not take off right now. We don’t know what the cause of it is expected to be able to — in a couple hours we’ll have a good sense of what caused it. And we’ll respond at that time.”

“THE FAA is experiencing an outage that is impacting the update of NOTAMS. All flights are unable to be released at this time,” the FAA said in their initial statement announcing the problem.

An update was issued shortly after their first announcement saying that they were working to fix the problem.

“The FAA is working to restore its Notice to Air Missions System. We are performing final validation checks and repopulating the system now. Operations across the National Airspace System are affected. We will provide frequent updates as we make progress,” said the FAA.

American Airlines also made a statement following the computer failure.

“The Federal Aviation Administration is experiencing an outage with its NOTAM (Notice to Air Missions) system, which provides critical flight safety operation information,” said American Airlines. “We are closely monitoring the situation, which impacts all airlines, and working with the FAA to minimize disruption to our operation and customers. We encourage customers to check aa.com for the latest flight information.”

United Airlines corroborated the current technical problems with a statement of their own.

“The FAA system that sends out important real-time flight hazards & restrictions to all commercial airline pilots – Notice to Air Missions (NOTAM) – is currently suffering a nationwide outage. United has temporarily delayed all domestic flights and will issue an update when we learn more from the FAA,” said United Airlines.

Southwest Airlines also confirmed that they are suffering through delays due to the technical issues occurring at the FAA.

This story is developing. Please check back for updates.