Local Living on ABC Columbia brought to you by MUSC Health

Local Living on ABC Columbia brought to you by MUSC Health 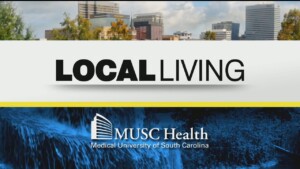 COLUMBIA, S.C. (WOLO)— In our look at Local Living, we are talking some Valentine’s Day events.

The public is encouraged to RSVP no later than February 6 due to limited space. 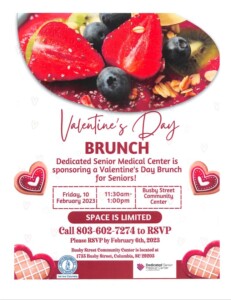 And The South Carolina State Museum Foundation announced the return of Amore Under the Stars on Valentine’s Day.

According to organizers, the after-hours fundraising event will be held Tuesday, Feb. 14 from 6 – 9 p.m. Guests are invited to celebrate Valentine’s Day with a romantic evening that includes a live musical performance from the ColaJazz Little Big Band, a special tour through the museum galleries, a one-of-a-kind planetarium show, night sky observing and more. Proceeds go directly to support educational programs at the museum, say officials.

Tickets for Amore Under the Stars are $80 for general public and $60 for museum members. Tickets include event activities, food from Anna Cline Catering, a souvenir Champagne flute and two drink vouchers. Additional beer, wine, Champagne and non-alcoholic beverages will be available for purchase. Planetarium shows are first come first served based on capacity.