The Richland County Sheriff's Department announced that five sexual assault and robbery cases spanning more than a year have been solved. 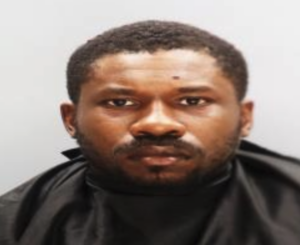 Investigators say they arrested Antonious Randolph on Jan. 19 after he was seen walking down the street in the area where the attacks happened.

The 29 year-old was found with a knife, ski mask and adult items, say authorities. Randolph was arrested after he had previously attempted to rob in a home in Northeast Columbia in 2021.

A year later in August 2022, a woman reported that she had been sexually assaulted after meeting someone on an app. She alleged that a man held her at gun-point, assaulted her, and robbed her at a home. Other similar encounters were reported in Dec. 2022 and Jan. 2023.

Randolph was charged with two counts of Kidnapping, Assault and Battery 1st Degree, Criminal Sexual Conduct 1st Degree and Possession of a Weapon During a Violent Crime.

The caller reported that a man attempted to physically pull her into the home but she was able to flee.

In a statement, Sheriff Lott says, “There is no doubt that deputies prevented an assault this weekend. This monster seemed to be increasing how often he was preying on unsuspecting women. Over time, deputies have collected evidence from each of the attacks and now that we have Randolph identified, he can’t hide. I am asking anyone with information on assaults or encounters of any kind that were previously unreported to come forward. We will investigate every single case and charge accordingly.”

More information about the program can be found at pathwaystohealing.com.