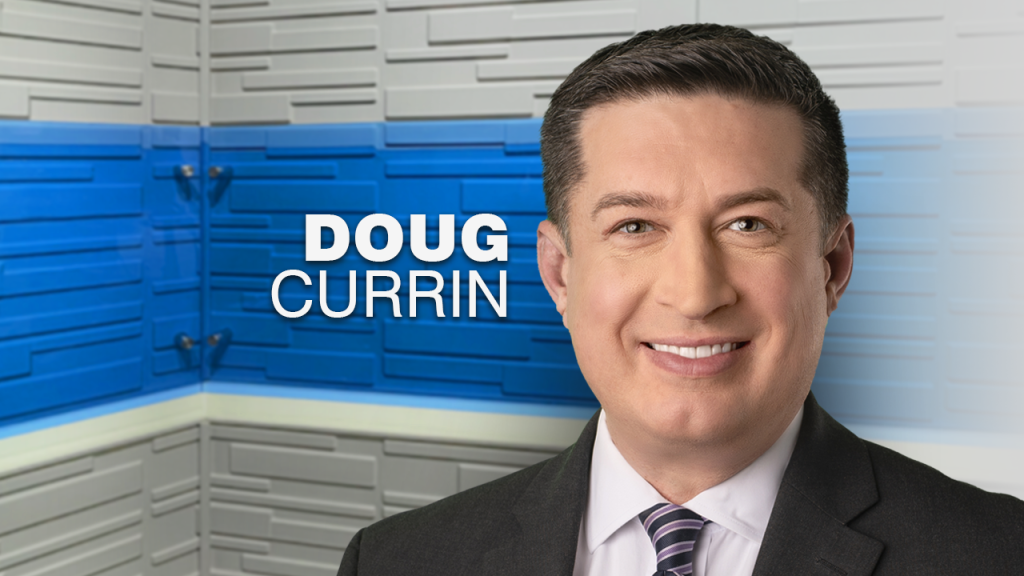 Doug Currin is an Emmy, Edward R. Murrow and Associated Press award-winning journalist whose work has taken him from being embedded in the war in Iraq, and all around the U.S. Currin has covered nearly every aspect of momentous journalism for 18 years.

Before working in the Midlands, Doug was in the Great Smoky Mountains, then for eight years in Waco, Texas, Doug was the principal evening anchor and managing editor for the day’s flagship newscasts and simultaneously contributed to all media platforms within the station.

In Scranton, Pennsylvania, his political coverage was unrivaled in covering former President Bill Clinton’s role in a local election scandal. His work was noted in a national political documentary. He also secured with then, Vice (and now) President Joe Biden.

Before moving into local news, Doug was a producer for Wolf Blitzer at CNN in Washington, D.C., where he covered the death of Saddam Hussein, and other national and international stories.

He got his start in broadcasting in radio in the Washington, D.C. and New York City areas.

Currin is an inducted member of the National Press Club in Washington, DC, a member of the Society of Professional Journalists, and the RTDNA.

He graduated from George Mason University just outside of Washington, DC, and is now an invited guest lecturer on the political economy of media.

Doug and his wife have three children, two dogs, and a goldfish who exhaust them.

The Richland One School District is now on Fiscal Watch. Richland One officials say a former employee is responsible, and they have been turned over to law enforcement.

Caring for comrades in combat

We turn a light on the importance of training in the Midlands, right in our backyard.