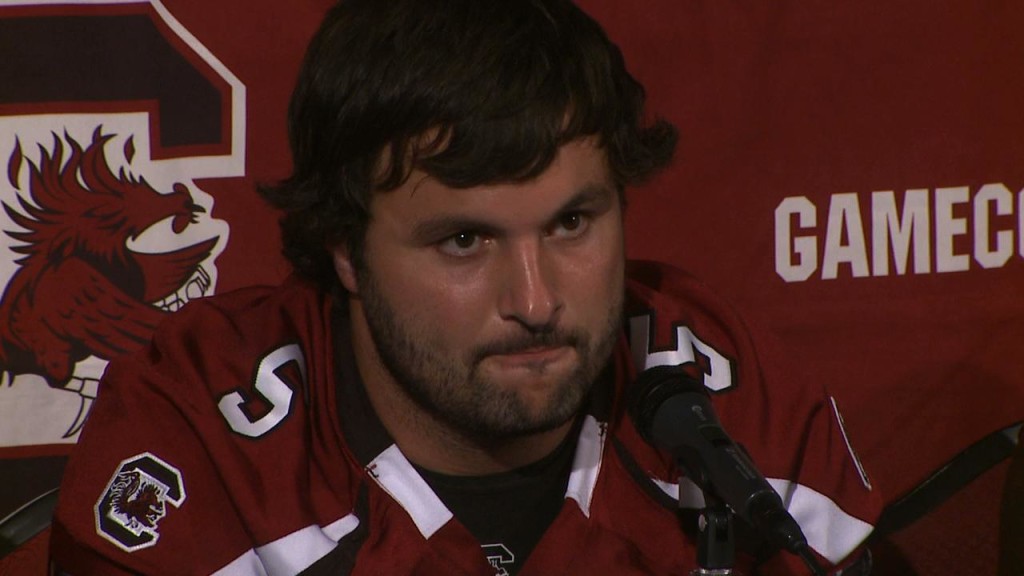 COLUMBIA, S.C. (AP) — South Carolina quarterback Stephen Garcia strongly considered leaving for the Gamecocks for good after his fifth suspension last spring. But Garcia said it was his teammates’ support that changed his mind and let him know it was worth sticking around for his final season. Garcia spoke publicly Sunday for the first time since his April suspension. Garcia was fully reinstated to the team earlier this week and began practicing with the Gamecocks last Wednesday. Garcia threw for 3,059 yards and 20 touchdowns last fall to help South Carolina to the Southeastern Conference championship game. His Gamecock future grew murky last April when he was suspended for actions at a life skills seminar. Garcia said he apologized to the meeting’s leader the next day and is ready for his final season. Copyright 2011 The Associated Press.