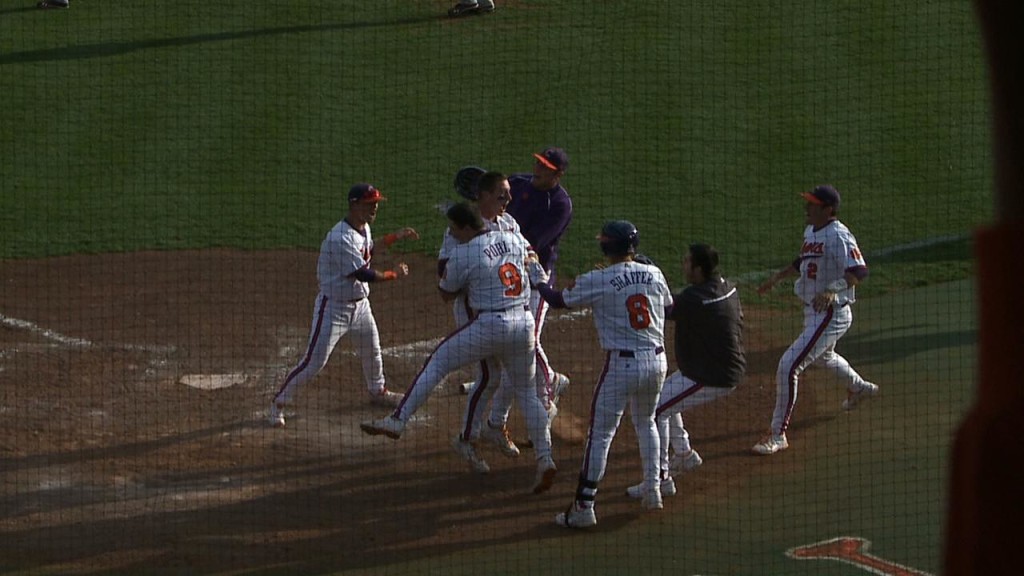 CLEMSON, S.C. (AP) — Steve Wilkerson’s single to center in the ninth inning brought home Jon McGibbon with the game-winning run as Clemson avoided a sweep of rival South Carolina with a 6-5 victory on Sunday. The Tigers (5-4) fell behind 4-0 in the second before tying the game at 5-all in the eighth on Phil Pohl’s two-run homer to left center. After reliever Scott Firth escaped a two-on, one-out jam in the top of the ninth, McGibbon led off with a single and was sacrificed to second by Thomas Brittle. That’s when Wilkerson lined a ball into the outfield. McGibbon raced around the bases as the 6,039 fans at Doug Kingsmore Stadium cheered. McGibbon threw his helmet as he crossed the plate. It was South Carolina’s first loss of the season.