Spurrier Not a Fan of Dabo’s Spring Game Idea 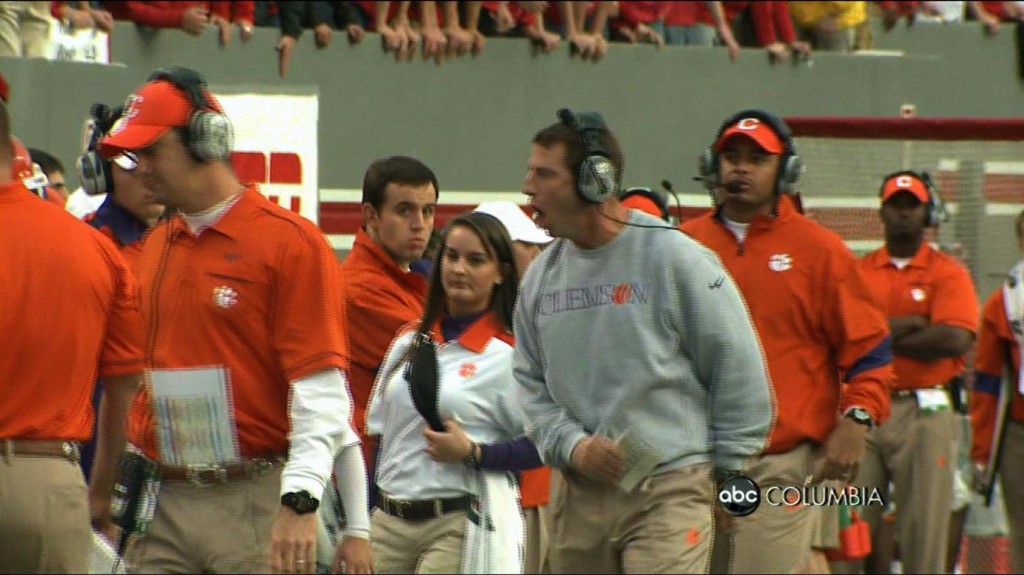 COLUMBIA, SC (WOLO) — Clemson and South Carolina will both play its annual spring football game on Saturday, April 14th. And just like in years past, the Gamecocks and Tigers will play among themselves and not each other. But if you ask Tiger head coach Dabo Swinney he would like to see that change. Gamecock head ball coach Steve Spurrier opposes the idea. “I think a scrimmage would be a great way to further teach our guys and prepare them for the season,” said Swinney to the Atlanta Journal Constitution. “To be able to implement your schemes against another opponent, and it could be against anybody. Obviously, I don‘t think you should do it against a team in your conference. But anybody else … maybe the NCAA could put stipulations like it‘s got to be a team within a 100 or 200 miles or something like that. Most everybody could find somebody to scrimmage against.” “We already have our spring game here amongst ourselves,” said Spurrier. “Doesn’t make sense to get guys hurt. If you want to have a competition with an instate team, everyone’s going to want to win or lose, we have enough live action in the regular season to keep it that way.” “I think it would be fun, said Swinney. “I think the players would enjoy it. I think the fans would enjoy it. But that‘s just one guy‘s opinion.”