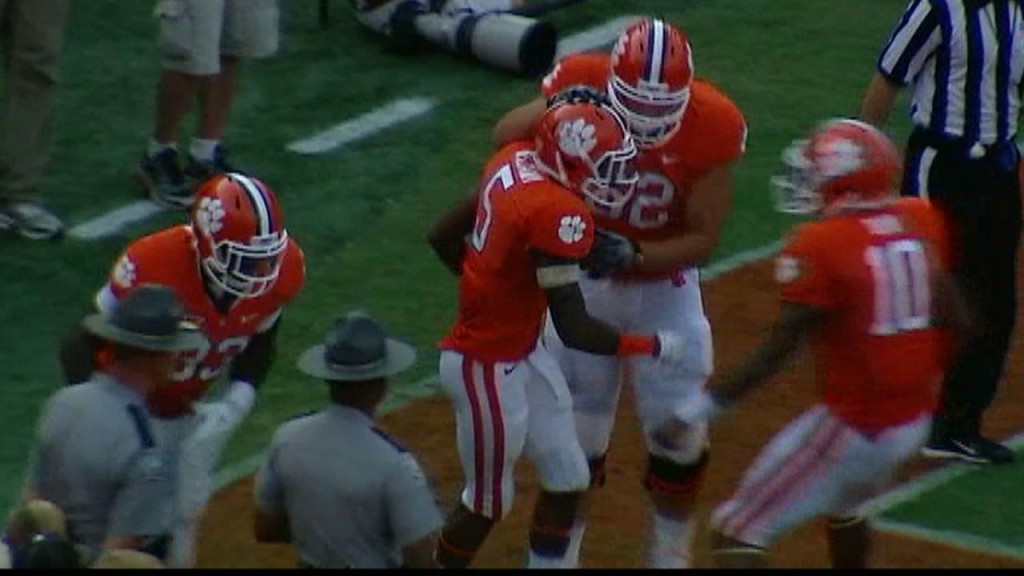 CLEMSON, S.C. (CU SID) — Mike Bellamy, the second leading rusher on Clemson’s 2011 ACC Championship team, will not return to Clemson for the 2012 season. The freshman from Nocatee, FL has been ruled academically ineligible for the fall semester and plans to enter a junior college this summer. “I am proud of the improvements Mike Bellamy made in the spring semester in a number of areas,” said Clemson Head Coach Dabo Swinney. “We gave him the opportunity to return to school in January and to grow as a player and a person and by all accounts from his teammates and coaches, he was doing well. “But, in the end, he came up short academically. We wish him well and hope he can get back on track in the classroom and continue his football career at a junior college this fall.” Bellamy rushed 57 times for 343 yards in 2011 as a true freshman. His 6.0 average was best on the team and his 343 total rushing yards ranked second behind Andre Ellington. He also had four kickoff returns for 64 yards. He had a 75-yard touchdown run the first time he touched the ball for the Tigers in last year’s season opener against Troy. Bellamy’s biggest contribution might have come in the win over Virginia Tech in Blacksburg, VA when he scored on a 31-yard touchdown run that clinched the Clemson victory over the nation’s 10th ranked team. A Parade All-American and USA Today All-American out of high school, Bellamy played in 12 of the 14 games last year. He was suspended for the ACC Championship game and the Orange Bowl for a violation of team rules.