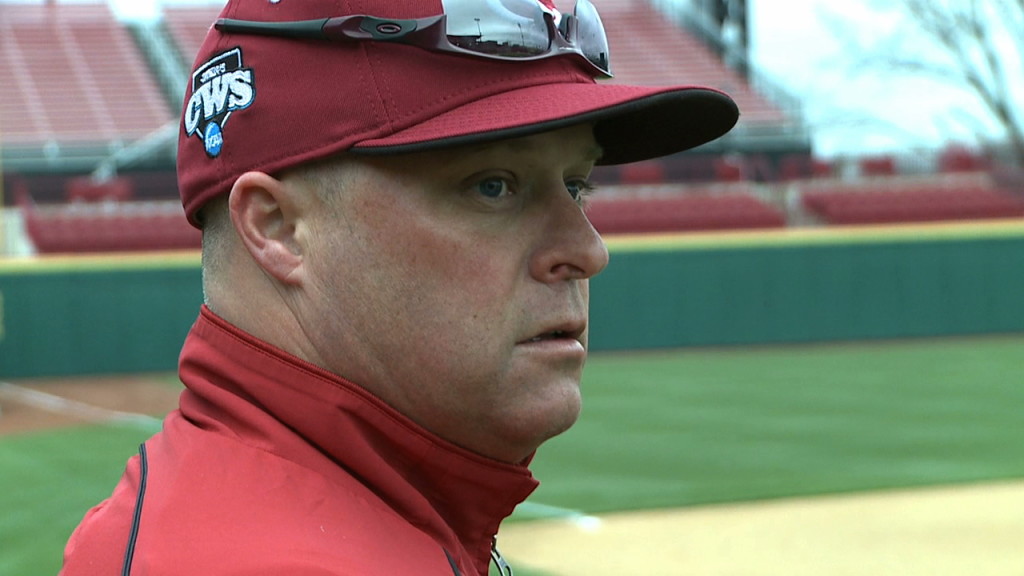 COLUMBIA, S.C. (AP) — South Carolina’s Chad Holbrook is looking to fill slots on the pitching mound and in the infield as he tries to get the Gamecocks back to the College World Series. Holbrook acknowledged the coaches did not have confidence that relievers — other than lefthanders Adam Westmoreland and Tyler Webb — would be effective at shutting down opponents. So the Gamecocks used Westmoreland and Webb primarily down the stretch to get out of jams. He’s also taking steps to tighten up the defense, moving shortstop Joey Pankake out of the position he’s held for two years. Pankake, also a pitching prospect, has made 34 of the Gamecocks’ 122 errors the past two years. Pankake could play some first base, outfield or be a designated hitter along with providing support on the mound. “There’s going to be some new faces in some new roles,” Holbrook said Tuesday. Pankake has a live arm and could be the answer to who’ll take over Webb’s role as closer. He’ll get his swings in the lineup, too, since Pankake will be the team’s top returning hitter as his .311 average, 11 home runs and 42 RBIs were second only to departing senior LB Dantzler. “It just depends on how valuable Joey becomes to us as a pitcher,” Holbrook said.