Watson Out Of Louisville Game With Broken Finger 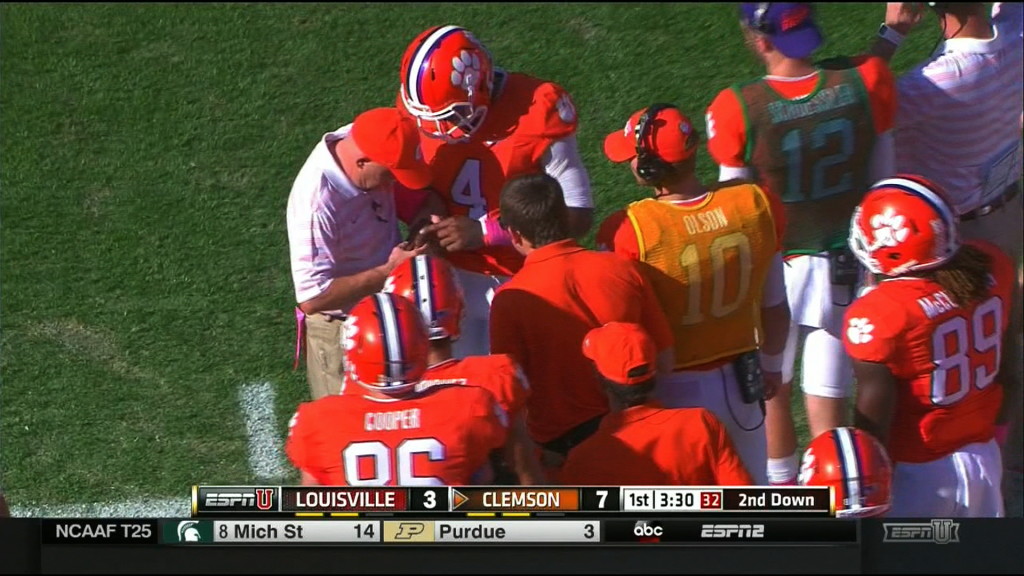 CLEMSON, S.C. (WOLO) — Clemson freshman quarterback Deshaun Watson broke a finger on his throwing hand in the first quarter and will not return in the Louisville game. Watson hurt his hand on a quarterback scramble. He stiff-armed a defender and his right hand got caught in a defender’s facemask as the quarterback was brought to the ground. Watson stayed in for one more play and attempted a short pass. After it fell incomplete he immediately called for medical assistance and headed to the sideline. Clemson led 7-3 when Watson left the game, courtesy of an Adam Humphries 72-yard punt return for a touchdown. That was the first punt return for a touchdown since C.J. Spiller did it in 2009.