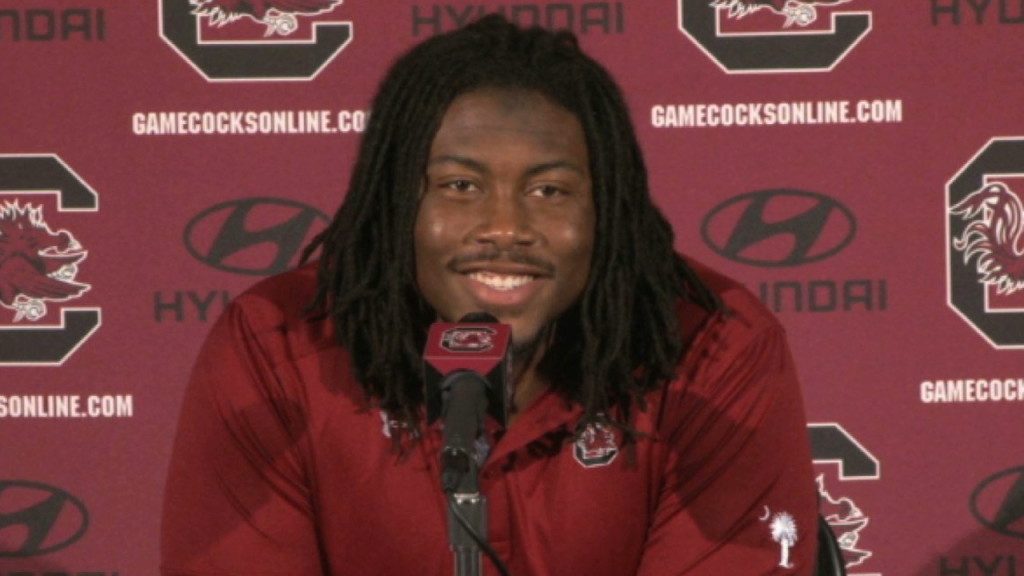 COLUMBIA, S.C. – South Carolina senior guard A.J. Cann earned first-team All-America honors from CBS Sports, it was announced on Wednesday evening. Cann, a 6-4, 311-pounder from Bamberg, S.C., has been a four-year starter at guard for the Gamecocks. He has started 50 of the 51 games over the past four seasons, the second-most starts in Carolina history. A two-time captain, Cann helped lead a team that averaged over 33 points and 450 yards per game. He earned first-team All-SEC honors on Tuesday from the coaches and second-team All-SEC accolades from the Associated Press on Monday. The Gamecocks have had a first-team All-America selection in a school-record six consecutive seasons: Eric Norwood (2009), Alshon Jeffery (2010), Melvin Ingram (2011), Jadeveon Clowney (2012-13, Kelcy Quarles (2013) and A.J. Cann (2014).