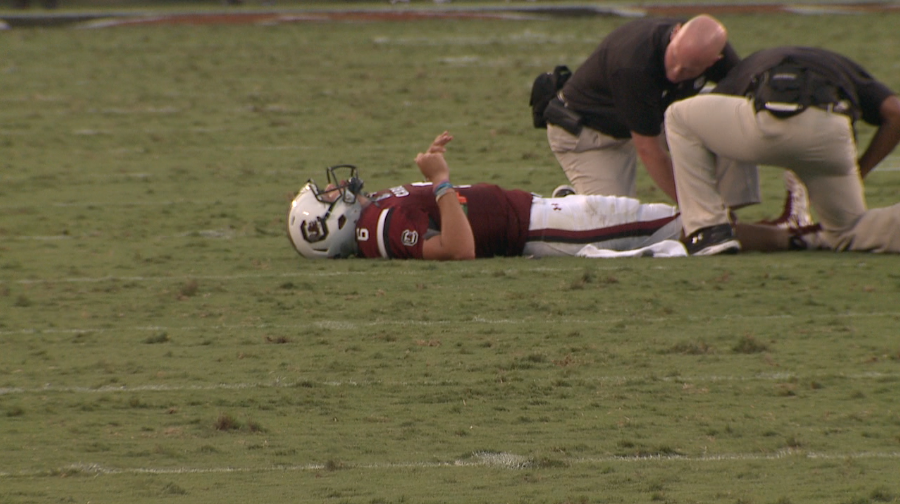 COLUMBIA, S.C. — USC Head Coach Steve Spurrier said Sunday in his weekly teleconference that the Gamecocks could be without a few key players this Saturday when the Gamecocks face the Kentucky Wildcats. The most notable and severe of those injuries is to offensive lineman Cody Waldrop, who broke his ankle in Saturday’s practice. There is a chance Waldrop could see playing time at the end of the season, but that’s doubtful. Quarterback Connor Mitch has a hip-pointer. He won’t practice Monday, but should be ready for Carolina’s game with Kentucky Saturday. Running back Brandon Wilds, who suffered a bruised shoulder against North Carolina Thursday, is a “little iffy” for Saturday’s game. Wilds was held out of practice Saturday. Wide receiver Deebo Samuel was also held out of practice Saturday with a hamstring injury. Wide receiver Terry Googer did not participate in practice Saturday due to a bruised thigh. The Gamecocks take on the Wildcats Saturday at 7:30 p.m. in the home opener and SEC opener for USC.