(ABC News) — After two razor-thin victories for Hillary Clinton and one blowout for Bernie Sanders in New Hampshire, the two Democratic presidential hopefuls are separated by just one pledged delegate.

But maybe not for long.

Notwithstanding Clinton’s significant superdelegate advantage over Sanders, next on the calendar is the South Carolina Democratic primary. Clinton is expected to win there by double digits, thanks to her large support from African Americans, who made up more than half of the state’s Democratic electorate in 2008.

And on March 1 — also known as “Super Tuesday” — Democratic voters in 11 states will head to the ballot boxes. Seven of those Democratic contests are in the South, where many analysts believe that the large African-American and Hispanic populations will create a “firewall” for Clinton.

In several of those states — Alabama, Georgia and Texas — more than half of the 2008 Democratic electorate was nonwhite. Furthermore, these states are much more moderate. At least six in 10 voters from 2008 were moderates — not liberals — in Arkansas, Alabama, Oklahoma, Tennessee and Texas. These two groups are likely to boost Clinton to victories in most of these states. 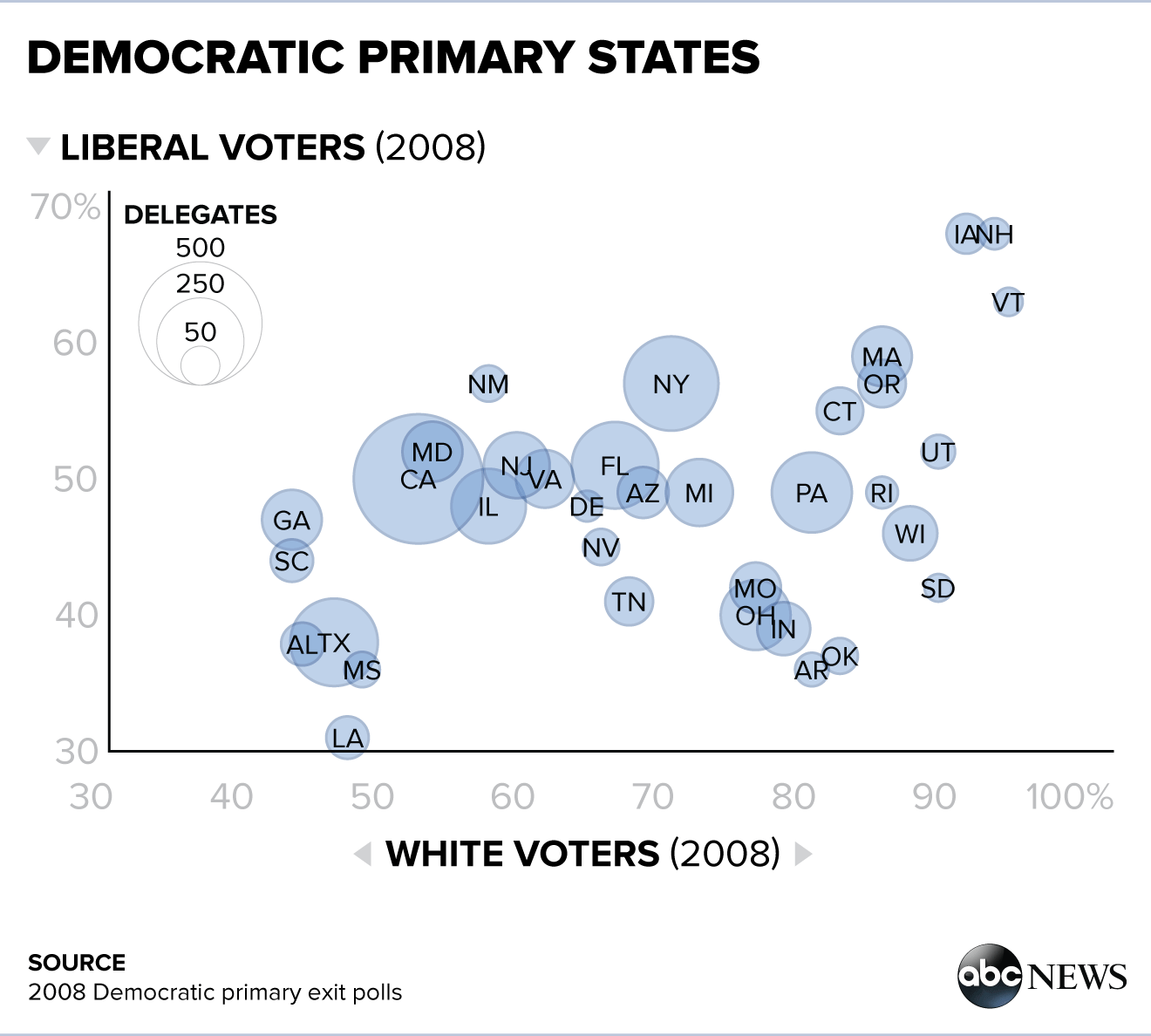 Sanders narrowly lost to Clinton in Iowa, a state that is more than 90 percent white, but blew out Clinton in New Hampshire, a state where the population is 93 percent white and where 68 percent of Democrats described themselves as “liberal” in exit polls.

Clinton’s strong support among African Americans showed in Nevada, with 74 percent ofblack voters electing to caucus for Clinton, despite Sanders’ efforts to make inroads with the African American voters.

Entrance polls indicated that Sanders had a slight advantage among Hispanic voters, but some political analysts questioned the result and pointed to Clinton’s victories in Hispanic-heavy districts in Las Vegas.