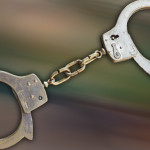 According to Internet Crimes, Shaner was arrested and charged with 13 counts of sexual exploitation of a minor after A joint  investigation done by ICAC task force, The Richland County Sheriff’s Department, The Columbia police Department.

Shaner faces up to 10 years in prison for each of the 13 counts he is being accused of.