The pretty penny of the Academy Awards 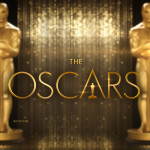 Hollywood, CA (WOLO) — It’s one of the biggest nights of glitz and glam in Hollywood, but it comes with a hefty price. We’re talking about the 91st Academy Awards and this year plans to be a talker as we wait to see which movies walk away with wins, and how different the Oscars look this year as the show goes on for the first time in 30 years without a host. According to Wallethub.com that’s not all people will be talking about, so is the price tag to make it all come together.

In less than two weeks, celebrities will put out all of the stops to hit the red carpet. The cost of that A-List look for actresses according to Wallethub.com will run about 10 million dollars. Mere chump change compared to the total cost to put the awards show on which runs around 44 million dollars. The more than 16 thousand square foot red carpet alone is a hefty 24.7 thousand dollars. According to the study, that coveted gold statue is valued at 400 dollars.

To check out some of the costs associated with the Oscars, and see more fun facts as we gt ready to see this years awards, you can click on this link provided by Wallethub.com: https://wallethub.com/blog/oscars-facts/19250/

You can catch the 91st Oscars Right here on ABC Columbia Sunday February 24th, 2019 at 8PM.