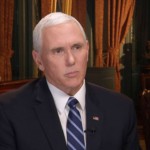 Columbia, SC (WOLO) —According to the Post and Courier, Vice President Mike Pence is making a stop in Columbia later this week to check out a newly opened movie theater. The 23 acre venue opened last month in a low income community giving developers a tax break under a program backed by South Carolina Senator Tim Scott. According to Senator Scott the goal of the program is to create an incentive for developers who set up shop in “Opportunity Zones” that can help attract more capital in the private sector. Governor Henry McMaster gave ABC Columbia some background on the opportunity zones last month, at that point the Governor said 135 communities had been submitted for consideration for the program.

Senator Scott will be joining The Vice President during his visit to the Spotlight Cinemas Capital 8 which is located off of Decker Boulevard near the Columbia Place Mall.

The Vice President is expected to make his visit to the Midlands Thursday February, 21st, 2019.