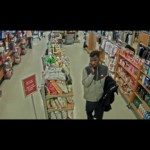 Orangeburg, SC (WOLO) — The Orangeburg County Sheriff’s Office says they need your help finding a man they believe used fake checks at several retailers. According to authorities, the suspect used the account numbers of a victim and created fake personal checks to buy some very real items at several stores in the area on January 11th, 2019.

Officials say they were able to capture a picture of the man they believe is responsible. This image was taken from surveillance video from a TJ Maxx, one of the places Deputies say the fake check was used. Authorities say a similar transaction was completed at a Walmart inside the same shopping center along North Road.

Officials say the suspect was able to buy nearly $250.00 dollars of items from the two locations. The fake checks passed for about $240 worth of items at the two stores. If you have any information that can help officials identify the suspect, or have any call The Orangeburg County Sheriff’s Office at 803-534-3550 or Crimestoppers at 1-888-CRIME-SC.
Tags: fake checks, organgeburg
Share