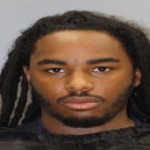 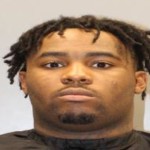 Columbia, SC (WOLO) — The Richland County Sheriff’s Department is hoping the public can help them locate a pair of brothers accused in a recent shots fired call. Authorities say the incident happened March 10th, around 11 PM when deputies were called to the 100 block of Manorwood Court for reports of multple shots fired.

Deputies say they used vehicle descriptions given by dispatch, and were able to initiate a traffic stop on a light colored, Dodge Durango deputies say had a fresh bullet hole. Officials say the driver of the vehicle intially identified himself as Kamron Gibson-Brown and was visibly upset. During the traffic stop, the brother of the driver arrived on the scene and told officials he had been shot in his lower body and was transported to Prisma Health Richland Hospital.

Deputies were able to determine the driver of the vehicle was actually 24 year old Karlos Gibson-Brown. The injured brother was identified as the man whose name was given earlier, 21 year old Kamron Gibson-Brown who was transported to the hospital. After a further search of the car, deputies say they discovered a loaded firearm that was turned into evidence.

Karlos Gibson-Brown is facing charges of false information, driving under suspension, unlawful carry of a firearm and convicted felon in possession of a firearm. His brother, Kamron Gibson Brown, who was injured is facing a charge for breach of peace.

If you know where either of these brothers are or have information that can help in the case, you’re urged to call Crime Stoppers at 1-888-CRIME-SC.