A new bill by State Rep. Seth Rose will require rideshare drivers to have illuminated lights in their cars 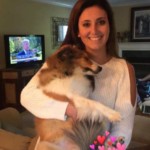 As a USC alum and a father of three children who lives a quarter of a mile near Five Points, State Representative Seth Rose (D-Richland) says Samantha Josephson’s death hits close to home.

“I have been deeply saddened and really sick to my stomach about this tragedy,” Rose said.

In an effort to help people find their ride home, Rose proposed a bill with Micah Caskey (R-Lexington County) in the South Carolina House requiring rideshare drivers to have illuminated signage in their car.

“That is a way to try and find some positive in this horrific incident, and if it could save someone else’s life, we should control what we could control. Doing nothing is not an option,” said Rose.

Meanwhile, USC Police officers say more students are asking about ways to make sure they get home safe.

“We have many resources we offer to you all such as the RAVE Guardian app and there’s other ways to alert the police. USC does put officers down in Five Points and we do the shuttles,” said Sgt. Michael Gooler of the USC Police Department.

USC Police recommends that everyone download the RAVE Guardian Safety App. If someone is in a situation where their safety is in danger, they should open the app, click the Call 9-1-1 button, and law enforcement will be on their way.

Sgt. Gooler says having more students put their well-being in the driver’s seat will go a long way to prevent a similar incident from happening again.

“I believe with President Pastides and the information he put out with the campaign he announced as well as the RAVE Guardian app. Students have gone on there and started taking it more seriously,” Sgt. Gooler said.

Rose also plans to write a letter to USC President Harris Pastides and the Board of Trustees to encourage adding rideshare safety to the “University 101” course FOR first-year students.