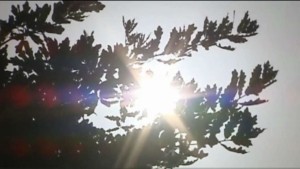 Columbia, SC (WOLO) — The Midlands are experience the hottest temperatures we’ve seen so far this year. While summer is still several weeks away, but it sure doesn’t feel like it. With the weather being so steamy, AAA Carolinas wanted to  sent out a warning to remind drivers to never leave your children or your animals in the car on warm days. According to officials, temperatures inside a car can rise 20 degrees in as little as 10 minutes. And not only on hot days, heat inside the vehicle can jump on relatively cool and cloudy days as well.

Representatives say heat stroke is leading cause of non crash car related deaths in children under 14 years old. Officials say there is an average of 37 deaths every year since 1998, in addition to a spike in children vehicular heat strokes deaths since 2015.  Officials ask you to keep in mind that a child’d body heats up 3 -5 times faster than an adult. And that a child die from a heat stroke in temperatures a low as 72 degrees. At 104 degrees is hot enough to cause internal organs to start to shut down.

AAA Carolinas Spokesperson, Tiffany Wright says it’s important to remember that children, much like animals, can not help themselves if they are trapped in a car. For example, officials with AAA Carolinas say on a 95 degree day, your car can heat up to over 180 degrees. Just to put this into perspective, that temperature is well over the heat needed to cook medium rare meat. It is because of that they say it is their “duty ” to make sure they’re never put in this situation. ”

“Cracking the windows does little to stop the temperatures from rising quickly, so from here on through the fall, look before you lock to ensure your child is not in the car when you exit and if you do not plan to take your pets with you at every stop, leave them at home.”

Officials say anyone with children in the car over the next few months need to make sure they A.C.T. by following a few simple tips.