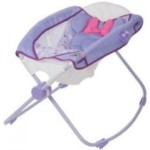 The U.S. Product Safety Commission says the popular baby product was recalled after infant deaths were reported during use of similar products.

According to (USPSC),  Infant fatalities have been reported while using other inclined sleep products, after the infants  they say the infants died after they rolled from their back to their stomach or side while unrestrained, or under other circumstances.As Out of an abundance of caution with safety concerns, the company decided to pull the product.

U.S. Consumer Product Safety Commission says anyone who owns the Disney and Eddie Bauer sleepers, which were both made by Dorel Juvenile Group, should stop using them and reach out to Dorel for a refund.

Both were sold for $60 at various stores nationwide including Target and Kmart from November 2014 to February 2017. The items affected have model number BT071DHS. And model number BT055CSY.