Reports from several news agencies state that the Commerce Secretary, Wilbur Ross, threatened to fire some top brass at NOAA if they didn’t fall in line with what President Trump tweeted about Hurricane Dorian threatening Alabama. Apparently there is an investigation underway that will attempt to get to the bottom of this. But if this report is found to be accurate, we should all be outraged. Meteorologists from the National Weather Service work tirelessly to inform the public of impending danger. They also make clear statements when there is no danger.

Below is the tweet from President Trump about the Hurricane Dorian.

“In addition to Florida – South Carolina, North Carolina, Georgia, and Alabama, will most likely be hit (much) harder than anticipated. Looking like one of the largest hurricanes ever. Already category 5. BE CAREFUL! GOD BLESS EVERYONE!”

Here’s what the Birmingham Alabama National Weather Service Office tweeted in response to President Trump’s assertion that Alabama was in danger from Hurricane Dorian. This tweet was sent roughly 20 minutes after the Trump tweet.

“Alabama will NOT see any impacts from #Dorian. We repeat, no impacts from Hurricane #Dorian will be felt across Alabama. The system will remain too far east. #alwx”

This is a clear statement from trained scientists telling the folks of Alabama that Dorian is not a threat. That’s exactly what meteorologists are supposed to do. Politicians have no business making any threats to scientists about what they conclude. This is absurd! 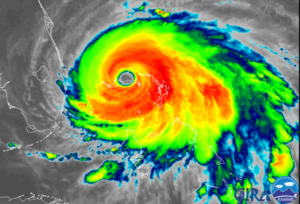