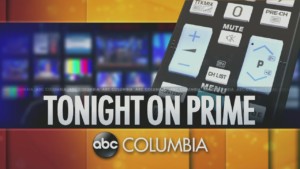 Columbia, SC (WOLO) — We are halfway through the week, but we have line up of show here on ABC Columbia to help you get through it with a few laughs.

The sitcom ‘Modern Family’ kicks off at 9PM, with another hilarious episode of ‘Single Parents’ at 9:30PM. Then put on your detective gear for the new ABC drama series ‘Stumptown’.

Then stay locked into ABC Columbia for your latest news headlines, weather and sports at 11PM.