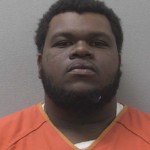 Deputies say 21 year old Justin Tyler Ellaree Hopkins, is charged with three counts of murder, unlawful carrying of a pistol, first degree burglary and possession of a weapon during a violent crime, according to arrest warrants.

“Detectives have been working nonstop on this case since we first responded to the scene on Butternut Lane Tuesday morning,” Lexington County Sheriff Jay Koon said. “Witnesses told them they had seen Hopkins near the apartment before the incident and running away from the scene after the shooting.”

According to officials, investigators also found physical evidence linking Hopkins to the scene after they executed a search warrant at his home Saturday.

“While we were at his house on the search warrant, deputies made contact with Hopkins during a traffic stop,” Koon said. “He had a handgun in his possession and provided an alibi for the time of the shooting that was quickly disproven,” said Koon.

Deputies say Hopkins was taken into custody during the traffic stop on Saint Andrews Road and transported to the Lexington County Detention Center. He’s being held there while awaiting a bond hearing.

Winter storm continues its trek across the country

Are you ready to take the #BettyWhiteChallenge?