Largest Solar Power Plant in the US – by Warren Buffett

The farm will span 7,100 acres in the desert outside Las Vegas. It will be backed by the world’s largest battery and power 6–7% of LA’s electricity needs.

Stunning scale aside, the most jaw-dropping thing is the price of its electricity. The plant will produce energy at a cost of $20 per megawatt hour of electricity—plus $13 for storage.

In all, the plant’s power will cost $33 per megawatt hour. That’s half the estimated cost of power from a new natural gas plant!

And at $13 per megawatt hour, the storage cost is 35% below the MIT scientists’ threshold for the world to go 100% solar. Mark Z. Jacobson, a Stanford professor and one of the most vocal green energy advocates, tweeted on the news: “Goodnight #naturalgas, goodnight #coal, goodnight #nuclear.” 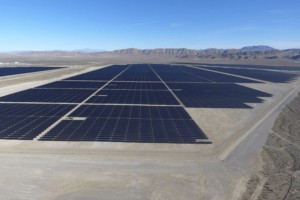 It's Been Very Rainy Lately