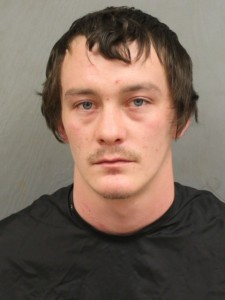 KERSHAW COUNTY, (SC)- A Kershaw man is being charged with homicide by child abuse in the death of a 10-month-old baby he was babysitting.

The incident happened March 9 in the 400 block of Pine Grove Road in Lugoff.

Jacob Ray Wescott, 23, was babysitting the 10-month-old boy at the time and was arrested on March 11, said officials. Wescott’s arrest was the same day the infant died from his injuries.

The child died from non-accidental injuries resulting from blunt force trauma to the head, according to an incident report.

When deputies arrived, fire officials were performing CPR on the child in the front seat. Wescott told deputies that the baby was fine and started choking, according to the report.

Wescott  took the baby to the Fire Department for help and said that the child was fed formula abut a half hour prior to this incident.

Wescott said they were both asleep in the bed together when the baby started “spazzing out”, said the report.

Once Wescott saw the baby wasn’t breathing, a witness in the home called 911, said the report.

Wescott then moved the baby from the bedroom to the carport as he waited for first responders, said the report.

The child was then rushed to Kershaw Health.

There were two other juveniles in the house at the time watching television in the living room, according to the report.

“Our victim’s advocate has been in contact with the mother of the child and all support we have available to us will be offered to her or has already been offered to her. We’re just trying to help the family along the way,” said Sheriff Boan.