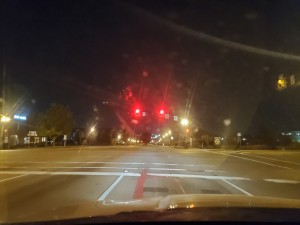 Columbia,SC (WOLO)—  The City of Columbia is officially under a curfew.

Less than a week after declaring a State of Emergency, Columbia Mayor Steve Benjamin has implemented a citywide curfew that began   tonight, Wednesday March 18th, 2020 at 11PM and will run through 6AM everyday for the next 3 months.

Just a few hours before the ordinance went into effect, Mayor Steve Benjamin sent out a mass text and email thanking the public during this time. The message reads,

“This is Mayor Steve Benjamin. I want to thank everyone for their commitment and sacrifice in the face of the coronavirus crisis. As citizens of Columbia, we have all been asked to make swift and dramatic changes to our lives. To combat the spread of the COVID-19 virus and to reduce the risk of spreading the contagion, City Council has enacted a curfew which will be in place from 11pm-6am every day, for the next 60 days.”

The message goes on to say,

“We have endured hardship and the disruption of our regular lives in the interest of health and safety. To overcome this pandemic, we will all unite as One Columbia, in purpose and spirit, if not necessarily in physical togetherness, to do so again.”

Under this declaration,  the City of Columbia will restrict travel and all public gatherings during the hours listed above. The only exceptions will be for those traveling to or from work and for healthcare.

Mayor Benjamin says under Ordinance #2020-031, certain workers who have to be out during those hours will be exempt and free to carry out their work duties. This includes professions like police officers, firefighters, active duty military, healthcare providers, public works, utility workers employed by any public utility. Those who are out during those hours and without reason will face a $500 dollar fine for violating the ordinance.

Just a few minutes into the curfew it appears residents have been listening leaving downtown streets empty.

The @CityofColumbia curfew is NOW in effect and will last until 6AM daily for the next 61 days to curb #coronavirus soread and it appears people are heeding the ordinance. @abc_columbia pic.twitter.com/27b5BfMUqF

“This was a very difficult decision and not a measure we take lightly,” said Mayor Steve Benjamin. “To get through this current public health crisis and to save lives, it will have to be a collective effort between all of us.”

This emergency ordinance will remain in effect until another ordinance is issued or will otherwise automatically expire 61 days from today,  the date the ordinance was put in place.