Suspect in the murder, kidnapping of Samantha Josephson denied bond

RICHLAND COUNTY, S.C. (WOLO)– The man charged with the murder and kidnapping of University of South Carolina student Samantha Josephson back in March 2019 was denied bond this morning.

Richland County Judge DeAndrea G. Benjamin said she denied Nathaniel Rowland’s request for bond because he could be considered a danger to society.

Rowland was charged with murdering and kidnapping of Josephson after authorities say she got into his car thinking it was her Uber outside a bar in Five Points on March 29, 2019.

Her body was later found in a wooded area outside the community of New Zion in Clarendon County. Authorities say she was stabbed 30 times, and her blood and DNA were found in Rowland’s car. 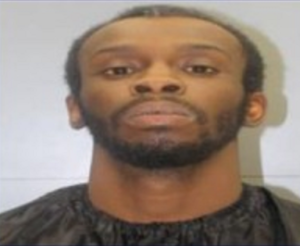 Rowland was arrested later that night when he returned to Five Points that Friday night. Authorities say he led officers on a brief foot chase before being arrested. His right to a bond hearing was initially waived upon his arrest and once again after a Richland County grand jury indicted him on several charges, including murder and kidnapping.

In a virtual hearing Tuesday morning, family members for both Josephson and Rowland delivered impact statements in front of Judge Benjamin. Speaking on behalf of Samantha were her mother, sister, boyfriend, and father, while Rowland’s oldest brother and mother, along with his high school basketball coach, spoke on his behalf.

“He is sick and evil. He’s a danger to society and poses a significant risk to others,” said Marci Josephson, Samantha’s mother, during her victim impact statement. “I pray he hears her screams and pictures the violent act he did when he closes his eyes, or has a moment of peace. That’s what I see and hear every day.”

Tracy Pinnock, the public defender representing Rowland, said that he is innocent until proven guilty, and that this was merely a bond hearing and not a trial. Rowland’s basketball coach and oldest brother stood by Rowland, saying the Nathaniel Rowland they knew was incapable of doing a violent crime like the one that took place that March morning.

In the months since her death, her parents have been leading the nationwide charge to educate people about ride-share safety, starting the #WhatsMyName movement and traveling around the country to talk to colleges, police stations, and businesses about why taking an extra second to make sure someone gets in the right car is critical.

“When everything happened to Samantha, colleges went into a complete panic because nothing like this ever happened, there was no education material or anything available to them. They were looking for this until we came along to help them,” said Seymour Josephson, Samantha’s father.

Since then, many states, including South Carolina, have passed ride-share safety laws, and Uber has upgraded safety features to make sure people verify their driver’s information before getting in a car.

Seymour says his daughter would have been embarrassed about all the attention her name has gotten, but says she would be happy for her parents for helping others.

“She had a full scholarship to go to law school, she was totally embarrassed to tell anybody. She didn’t want to brag, she was just a fun-loving person but she was very private in that sense. I think she would be proud of what we’re trying to do help save others. That I think she’d be proud of,” Josephson said.

Rowland is still in custody at the Alvin S Glenn Detention Center. A date for a trial has not been set.