(ABC News) — Summer is here, and the global coronavirus pandemic has changed, delayed or caused the cancelation of several events.

Some organizations are even looking further ahead to make decisions about things scheduled in the fall of 2020. Like returning to school and state fairs annually held across the country.

Earlier this week, the South Carolina State Fair announced that while they plan to delay their Competitive Exhibit call for entries back by one month, to August 1st,2020, plans for the fair itself appears to be moving forward.

On the SC State Fair webpage the organizers say,

“We are moving forward with planning for our October 14-25 fair. Like everyone, we are taking all precautions regarding COVID-19 into consideration as we make our fair plans”

That however is not the case with some areas of the country that are pulling fair plans altogether.

According to our ABC affiliates, so far this year, at least 25 state fairs have been canceled or indefinitely postponed across the country, as officials either deemed it too risky to hold crowded fairs effectively, or aren’t able to due to state restrictions on mass gatherings.

That doesn’t include the hundreds of county fairs — some of which, like in Erie, attract more people than some state fairs do — that have also been canceled.

Among the more than two dozen state fairs that haven’t been canceled, several, including New York, Texas and Utah, are tentatively still on. 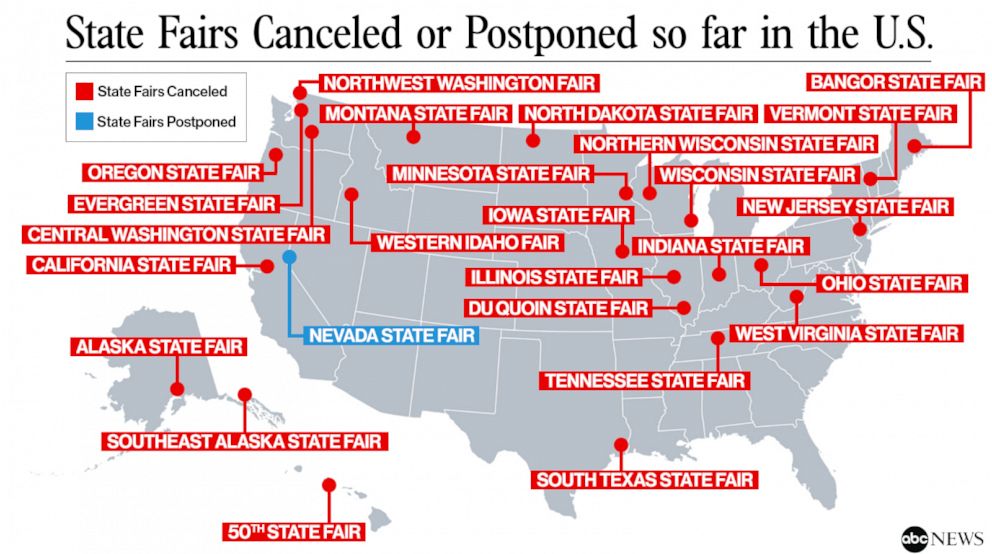 RCSD looking for missing woman in need of her medication