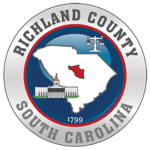 According to unofficial results none of the candidates were able to pull in the majority of the votes needed which means Jonneika Farr and Jesica Mackey are set to square off again on September 22.

The winner will likely take the district 9 seat come November because no Republican has registered to run in that race, according to the State Election  Commission.