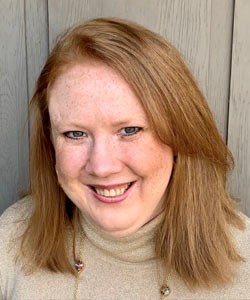 Columbia, S.C. (WOLO) — After a flurry of activity surrounding the status of one of South Carolina’s leaders in the response to COVID-19, the South Carolina Department of Health and Environmental Control (DHEC) is announcing a change in leadership.

The agency announced that Dr. Joan Duwve is leaving the agency, and that Dr. Brannon Traxler has been named the interim Public Health Director.

This comes after Gov. Mike DeWine (R-OH) announced on Twitter that Dr. Duwve had accepted the role as the head of Ohio’s Department of Health earlier Thursday afternoon. However, six hours later, Gov. DeWine tweeted that Dr. Duwve had chosen to withdraw her name from consideration, citing “personal reasons.”

According to DHEC Acting Director Marshall Taylor, Dr. Duwve, who had only been with the agency since April, is choosing to move closer to family. In a statement, Taylor said:

“Understandably, Joan has made a career decision that she feels is in the best interest of her family and we respect this decision. Joan is a brilliant physician who is passionate about public health and we greatly appreciate the time she spent with DHEC as our director of Public Health. We wish her the best of luck in her future endeavors.”

In a statement about Dr. Traxler and her new responsibilities, Taylor said:

“I have the utmost confidence in Brannon’s ability to lead the state’s public health efforts during these challenging times. Brannon’s breadth of experience and knowledge in medical practice as a surgeon as well as the Chief Medical Officer for the state’s COVID-19 response, uniquely positions her for this critical role and I look forward to our continued work together.”

Dr. Traxler will begin her new role as interim Public Health Director immediately. To ensure a smooth transition, Dr. Duwve will stay on with DHEC in an advisory role until October 1.