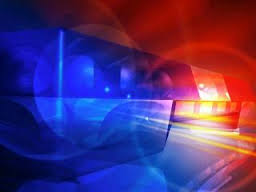 Richland Co.,SC , (WOLO)— The Richland County Sheriff’s Department has had a busy weekend investigating multiple shootings over the weekend and is now looking for information to determine if they are or or not related.

According to deputies, Sunday September 13, just after midnight, they were called to the 2 thousand block of Legrand Road where they say a 17 year old girl was struck by a bullet that traveled through the wall of a room at the Residence Inn Hotel where she was attending a party. Authorities say she was taken to the hospital for treatment by family members. Deputies say they have been able to determine that the individuals involved in the gunfire were also attending the party. No identification or description of the suspects have been given.

A short time later around 2 a.m., deputies were called to the Providence Health Northeast hospital where a man was taken after having been shot. According to the 23-year-old victim, he was on Broad River Road earlier in the night, when he heard gunshots fired. The victim says he ran to get away from where he thought the gunfire was coming from before he realized he had been shot and collapsed. RCSD said he was also transported to the hospital by family and was unable to offer a description of the suspected gunman.

RCSD says, just 15 minutes later  around 2:15 a.m., deputies were called to Fontaine and Scruggs Road, for another  shooting call. When they arrived authorities say they found a 45 year old man suffering from a gun shot wound. Officials say the victim says he was walking along Fontaine Road when two men jumped out of a car and demanded he give them money. Authorities say when the victim refused the two men shot him and left the scene. Even with a gun shot wound, officials say the victim managed to crawl to a nearby house to call for medical assistance, but was unable to give a description of the car or the suspects inside.

Around the same time (2:15 a.m.) deputies were called to yet another shooting. This time they say gunfire rang out along Leesburg Road where deputies say they found a man suffering from a gunshot wound. According to the the victim,  he saw someone trying to break into his truck while attending a gathering. When he confronted the ‘would-be-thief he said the verbal altercation turned physical before the suspect pulled a gun and shot the victim before taking off. It wasn’t until he began to head home that he saw blood  and realized he’d been shot. In this case, the victim has been described as a black man with twists in his hair, in his mid 20’s last seen wearing a blue bandana   wearing a blue shirt, blue jeans.

Later Sunday night  just before 7:30p.m., deputies were once again called to the hospital for another gunshot victim. The victim in this case says he was walking to the movie theater at the Village at Sandhill when he heard a scuffle between two men he did not know. Instantly, he realized he had been shot and was able to run and get help before he was taken to the hospital. Unfortunately, he did not get a good enough look at the suspected shooter in order to give authorities a description.

Authorities say they are still investigating all of the incidents and do not know if the cluster of shootings are related in any way or random in nature. Anyone who can help is asked to call submit an anonymous tip to