A meeting to ward off voter suppression 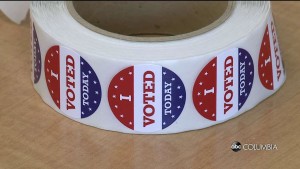 Columbia, SC (WOLO) — The Columbia Urban League’s Young Professionals will be teaming up with BET along with the National Urban League as well as other civil rights organizations to plan to inveil the first ever National Black Voter Day.

The meeting of groups is scheduled for today, Friday September 18 at 11a.m. at 2805 North Main Street. The a goal is to help black voters learn more about voter supression, while making sure their ballots will be counted during the upcoming November’s General election.

Organziers say the meeting is needed as we are less than 50 days from the election.

Some saying experiences over the past few election cycles where voters have been met with long lines, a shortage of poll workers, inadequate access for the disabled, and faliure of voting machines are all examples of modern day suppression.

Organizers plan to meet with Voter Registration officials to get a better idea of what plans they currently have in place to make sure these incidents do not happen this time voters head to the polls.