COLUMBIA, SC (WOLO)– The Newberry Police Department says they arrested another suspect connected with a September 26 shooting on Holloway Street that left a woman dead.

Police say 21-year-old Trevon Rinehart has been charged with murder, possession of a weapon during a violent crime and breach of
peace of a high and aggravated nature.

Newberry police say they are still looking for 21-year-old Jalen Glymph of 6206 Arbor Crest Court in Fountain Inn, who is wanted on the same charges in connection with the shooting. Glymph is considered armed and dangerous. Members of the community are encouraged to call 911 if they see him. 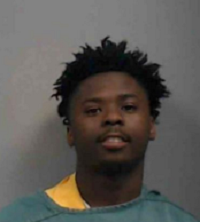 Authorities ask anyone with information about Glymph to call the Newberry Police Department at 803-321-1010 or CrimeStoppers at 1-888-CRIME-SC.

The 'Who is Jill Scott' tour comes to Township Auditorium