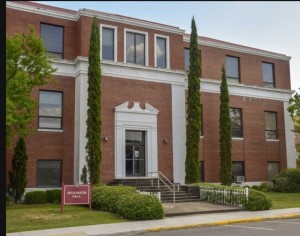 Orangeburg, SC (WOLO) — The oldest building on the campus of South Carolina State University (SC State), is getting a needed face lift thanks to a $50,000 donation from the National Park Service as a part of the

Tuesday, the historically black university says the money from that grant will help them make needed improvements to the nearly 100 year old facility that was built back in 1938. University officials say Wilkerson Hall will need to undergo an forensic analysis, an assessment, and get upgrades to weatherization to keep water from leaking in the building.

The University says the money given to them from the Historically Black Colleges and Universities Grant Program does more than allow them to make the needed repairs, but also preserve a piece of historic legacy that students, staff, and faculty will be able to enjoy for as long as possible.

“We appreciate the National Park Service for joining South Carolina State University, a university with a rich legacy that continues to make invaluable contributions to the state, nation and world, in preserving our history by investing in and protecting this historic structure -Wilkinson Hall,”

“These grants help us to honor the legacy of HBCUs in serving our nation’s higher education needs,” Funding awarded this year will help preserve 18 historic properties on HBCU campuses in 12 states, many of which are listed in the National Register.”

For the past 10 years, the National Park Service has been giving back to Historically Black Colleges and Universities across the country on projects totaling $60 million dollars to help restore  more than 80 facilities since the 1990’s with the help of SC State alumnus and U.S. Congressman James E. Clyburn. The program is not done giving back either.

The organization is says they are in the process of helping 18 different HBCU’s in 12 states.

Murder suspect arrested in connection with shooting in Orangeburg Co.