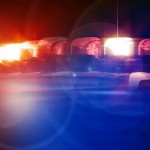 According to WPDE, Scott is accused of intentionally setting the post office on fire on Main Street.

Bishopville police say this is the second time the post office has been intentionally set on fire since 2017.

Authorities say Scott is being held at the Sumter-Lee Regional Detention Center.