COLUMBIA, SC (WOLO)– The Sumter Police Department says they are searching for 23-year-old Michael Raheim Lucas, who is wanted for attempted murder and other related charges. 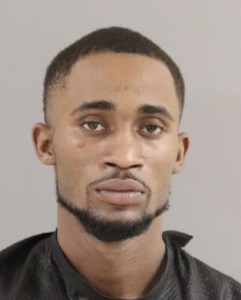 According to officials, Lucas is accused of shooting a 29-year-old victim during an argument on Pinson Street. Police say the last known residence of Lucas is on Boise Lewis Road in Gable.

Police say they responded to reports of shots fired after 10:50 p.m. on Wednesday when they saw a vehicle headed from the area to Prisma Health Tuomey. Investigators say once the vehicle arrived, the victim was brought into the hospital for treatment.

Anyone with information is asked to call the Sumter Police Department at 803-436-2700 or Crime Stoppers at 1-888-CRIME-SC. You can also submit a tip at p3tips.com. Police say a cash award may be available for information that leads to an arrest.